Data Communication Solutions, Inc. (DCS) was founded in 1991 by Darcy Running to provide affordable EDI consulting to companies that were just learning how to do business electronically. Running began working in data communication in 1983 and on EDI specifically in 1988 making him a leader in the automation age. After three decades of consulting, DCS is still helping companies of all sizes become more competitive using EDI. Since 1991 DCS has worked with hundreds of customers in a wide variety of industries.

Our services include development, managed services, support, and training. in your search for EDI solutions and success.

In 1981, Running started his career working for a retail merchant connecting point- of-sale terminals (cash registers) and select vendors. In 1988, the business was sold prompting Running to move to Minnesota for a new start. There, he was hired by Richard J. York &amp; Associates, an I.T. developer, who wrote an EDI system for 3M (v.2001) and was granted permission to take the work to the market, opening EDI to the public. Only two other companies were doing similar work at the time.

After Richard J. York &amp; Associates was sold to Sterling Commerce, Running decided he didn’t want to move his family to Columbus, Ohio which began his entrepreneurship. In 1991, Running started supporting Gentran which increasingly grew his business. DCS’ growth continued with the development of implementing a dedicated website and became partners with IBM, Oracle, and SAP.

In 1996, Running expanded his thriving business. Three EDI Specialists were hired, and space was leased in Eden Prairie, Minnesota. From there DCS continued to grow into a leading provider of customized, effective data integration consulting.

DCS continues to work closely with leading EDI systems including Cleo Cloud Integration Suite (CIC) ®, Cleo Extol, OpenText BizManager™ products, Gentran™, IBM Sterling B2B Integrator™, Trusted Link™, 1EDISource™, and other EDI systems. Maintaining our partnership with Oracle, SAP and other leading ERP systems through the years has proven beneficial as these leaders provide us insider knowledge to be passed on to our customers. DCS is also members of standards groups GS1, OAGi and AIAG.

Since 1991 DCS has worked with hundreds of customers in a wide variety of industries. Our EDI services include development, managed services, support, and training.

Currently led by Lynne Berg and management team, DCS continues to be a leader in assisting customers with their data integration needs. DCS is now headquartered in Bloomington, Minnesota with EDI consultants throughout the United States supporting companies all over the U.S. as well as Canada and Mexico. Our consultants use remote, secure access tools allowing faster service at a lower cost to customers. When needed, our DCS Consultants travel to customer sites for project kick-offs, training sessions, or for important “go-live” support.

Click here to learn more about the services that DCS Consultants can provide you in your search for data integration solutions and success. 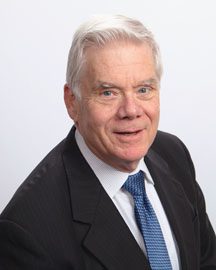