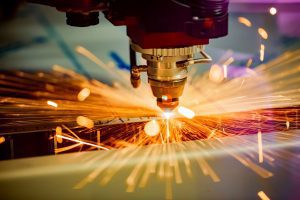 LCI is a North Carolina-based manufacturer and distributor. They are one of the United States’ largest employers of people who are blind or visually impaired. LCI was having issues with their Gentran Server Windows EDI system and needed someone to troubleshoot and stabilize it. They also wanted a new system they could migrate to. Because LCI worked with Data Communication Solutions in the past, they turned to us to get the job done. DCS EDI Specialist Jacquelyn Grauel took on the project.

Jacquelyn spent eight weeks at LCI’s headquarters in North Carolina in order help them find an ideal EDI solution. Working with DCS in person allowed for LCI to have easy access to EDI information and assistance. Plus, Jacquelyn was able to devote her time to LCI, ensuring maximum effectiveness.

DCS took the time to research LCI’s system errors and determined how to fix them. LCI was having issues with network slowness and the older SQL system. DCS reduced the effects of this by properly managing their settings and schedules. LCI was also unknowingly losing documents due to timing issues on their system. DCS fixed this by adding additional processes to protect documents that had not yet been processed. Finally, due to a complex setup, it was hard for LCI to tell which documents were being successfully sent. DCS adjusted the way their system identified partners so they could start utilizing 997 acknowledgments.

In addition to helping LCI improve their current system, DCS built them a new EDI system on a new server. Finally, we showed their internal EDI personnel how to fix issues and do development.

Thanks to DCS’ work, LCI is benefiting from a stable EDI system and a better knowledge of how to work with it. They are now moving onto DCS’ Managed Services, which will include us continuing to provide system support and do some development work for them.

Are you having trouble with your EDI system? If so, Data Communication Solutions is ready to help you just as we helped LCI. Since 1991, DCS has been providing customers with solid EDI solutions to a wide-range of industries throughout United States and Canada. DCS works with the leading EDI systems to help you overcome your EDI challenges whether classical EDI (X12 or EDIFACT) or standardized XML (GS1 or OAGi). DCS EDI Consultants have successfully installed, mapped, and operated nearly all EDI systems. Our services include EDI development, EDI Managed Services, Support, and Training. Contact us today!

About the EDI Specialist

Jacquelyn Grauel joined DCS in 2015. She has more than 10 years of experience in the industry. Jacquelyn has a strong background with Gentran Server and Director, Extol Business Integrator and knowledge of BizLink. She has worked with various industries, including distribution, manufacturing, and retail.

About the Author: Tyler Anderson